Will Social Security Last? All Signs Point to… 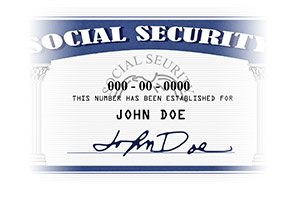 Social Security plays an important role in financial planning. For most, it will provide one-quarter to one-half of their retirement income. Due to its importance, we frequently get asked about the strength of the Social Security system and its future. A popular question is, “Will Social Security provide a benefit for me when I retire?” To better predict the future, let’s review the past.

Signed into law in the mid-1930s, the Economic Security Act paid out $1.2 million to about 52,000 beneficiaries in 1952. Back then, there were 160 workers paying into the system for every single person receiving benefits. The average life expectancy was under age 60.

For decades, more money was paid in versus paid out, creating a surplus in trust fund reserves. This surplus rose to $25 billion in 1983 and topped $1 trillion by 2000.

Today it’s at more than $2.5 trillion. However, more than $800 million is paid annually to nearly 60 million people. Further, there are only three workers for every beneficiary (by 2035 the ratio of workers per beneficiary is projected to be two-to-one) and the average life expectancy has increased to 78 years old.

The good news is that the poverty rate for seniors has declined from 50% in the 1930s to about 10% today. Individuals are living longer lives and, therefore, receiving benefits for many more years than their parents did.

But as this trend continues, the reserve has ceased growing and has actually started to shrink. As Baby Boomers enter retirement in droves and start taking benefits, the reserve will progressively decrease and could be exhausted within two decades.

So, what will happen to Social Security? These are perhaps the three most talked about scenarios:

This would launch millions of people into poverty, as it cuts a significant source of income for retirees and cripples our social support system. If this were to happen, it would seem difficult to maintain the collection of Social Security taxes currently paid by workers and employers, so a tax break would be needed while hurting millions of seniors.

More likely: Social Security benefits are cut by 30 to 40%

If nothing is done and the reserve is depleted, Social Security taxes will still be able to pay out 60 to 70 cents of every dollar promised. This is difficult to imagine happening. Little has been done to fix Social Security in part because of the potential for political losses, and this could prove an outcome too devastating for elected officials to survive.

Most likely: Modest changes are made over time

We’ve been down this road before. Throughout the 1960s and 1970s, the trend was evident that change was needed to strengthen the system, but it was too difficult and politically taboo. In 1983, enough pressure mounted that modifications were implemented, including gradually increasing the Full Retirement Age from 65 to 67. They generally affected only those ages 45 and younger.

Similarly, changes made today would most likely impact younger individuals, who are better able to adjust. While reforms to Social Security would not be popular, more agree they are necessary to keep the system solvent.

What future changes could we see to Social Security? There are quite a few potential options including:

Although Social Security is often called the third rail of politics, those in charge of making decisions are recognizing that we are approaching a critical mass that is expecting improvements. As with any retirement planning, the sooner these changes are enacted, the less drastic and more beneficial they will be for recipients.

In the meantime, future retirees should still incorporate Social Security into their retirement planning objectives. Time is better spent preparing for retirement than worrying about things that are out of their control.