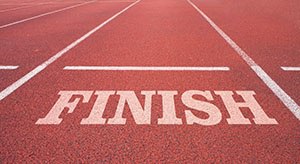 If you’ve run a marathon (and even if you haven’t), you know how challenging it is and how much effort it takes. You have to commit to strenuous, hard work in order to achieve your goal of crossing the finish line. There’s discipline and strategy involved. Then there’s the emotional aspect: Have I trained hard enough? Have I the energy to get through the race? What will I do if I can’t finish?

These characteristics are why many people like to describe retirement as a marathon rather than a sprint. It takes a lot to reach the goal of financial independence.

But it’s more apt to consider retirement a triathlon. That’s because you should expect to use several means to generate the income you need to live a comfortable retirement and not run out of money.

People get retirement income from a variety of sources: retirement savings accounts, Social Security, your home, rental properties, etc. A 2015 Gallup poll found which 10 income sources are most often considered major sources by workers and retirees.

In addition to knowing how much you need in retirement, it’s just as important to understand where the money will come from. So here are 10 ways you can receive income in retirement: