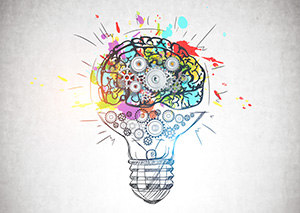 You have the freedom to design your financial future. But, you’re not free from the human tendencies that can trip you up along the way.

Researchers in the field of behavioral finance (the study of how people make financial decisions) have identified a wide variety of cognitive biases that affect our relationship with money. These biases, along with our emotions, often cause us to take actions that are not in our best interest.

Take for example, investors who flee the stock market at the bottom of a downturn to stop the losses, only to then stand on the sidelines and miss the all-important rebound.

Though we can’t rewire our brains – not yet, at least – it’s possible to implement measures that can help us override our biases and make better financial decisions.

There are way too many biases to cover in detail, so let’s focus on simple steps you can take right away to counter some of the more common ones.

You may have heard of the famous marshmallow experiment at Stanford University, in which children were given a marshmallow under the condition they would receive a second one if they waited to eat it. Of course, many children in the study succumbed to the sugary treat’s temptation and ate it immediately.

That desire to live in the moment in expense of the future is known as present bias. You can often tell when someone suffers from present bias just by how much credit card debt they have. In fact, a paper by researchers Stephan Meier and Charles Sprenger found present-biased people are more likely to have significantly higher amounts of credit card debt than non-present-biased people. Debt, after all, is essentially a way to borrow from your future self.

So how can you prevent present bias from jeopardizing your future? Sometimes your best decision is to remove yourself from the decision-making process altogether. A paper published by Harvard University shows auto-enrolling employees into retirement savings plans substantially increases retirement savings. Therefore, automate your finances as much as you can. Make automatic contributions to your retirement accounts, use auto-pay for your bills and schedule transfers to a savings account as soon as you get paid. Automation can help reduce the temptation to overspend while at the same time help you save for the future.

Although every dollar is equal, people tend to view separate sources of money differently. For example, you may hold the money you earn from working in a different context than money you receive through an inheritance. This mode of thinking was coined mental accounting by behavioral economist and Nobel prize-winner Richard Thaler.

Mental accounting impacts the way people spend and save money. Whereas someone may be deliberate with their paycheck, they may freely spend an inheritance, treating it as “found” money instead of saving it or using it to pay down debt.

However, mental accounting is one bias that can also be a useful financial tool by opening different accounts like separate money jars or buckets, such as for travel or a home down payment. If you use the money in these accounts intentionally and solely for their intended purposes, you are more likely to achieve each financial goal.

Consider the pros and cons, even when you feel confident

Regret is an awful feeling. As such, our bodies will do anything to help avoid it, even delude ourselves. You purchase something you know you can’t afford, so you create stories as to why it was a good decision. It was a once-in-a-lifetime sale. It will last forever. It’s for a special occasion. If you’ve done this, don’t worry; you’re not alone.

In a 1956 study by psychologist Jack Brehm, women were offered the choice between two different home appliances. After deciding, the women appeared to exaggerate their liking for the appliance they picked when presented with negative information about it. This is known as choice-supportive bias, or post-purchase rationalization. It is the penchant to create reasons that justify a decision.

You may feel confident about a decision, but it could essentially be your mind tricking you. The countermeasure is to try to think more objectively. Before making a decision, thoroughly consider all the pros and cons. Of course, that can be difficult when under the spell of our own biases. Therefore, it’s helpful to consult with others – a spouse, parents, friends, a financial adviser, etc. – who can provide an objective opinion.

Take it one step at a time

Most people innately fear change and, therefore, will seek ways to avoid it. We are programmed to favor what’s comfortable. It’s essentially a survival mechanism. We stay close to our tribe and away from the unknown.

Status quo bias, as demonstrated in a paper by the previously mentioned Thaler and fellow Nobel laureate Daniel Kahneman, explains the tendency for people to opt for decisions that won’t change their present situations much.

Generally, there’s nothing wrong with it. The problem is that people will maintain the status quo even when there are significant benefits to making a change. Examples include never shopping around for lower insurance rates and sticking with a cable provider although you can get a similar plan for much less elsewhere. It extends to lifestyle choices, too, such as living in a high-rent apartment because moving is too much a burden. Over time, you could end up wasting a lot of money.

The fact is change takes work and involves some uncertainty. Doing nothing is so much easier. Fortunately, you don’t have to overhaul your entire financial life in one go. Instead, it can be more effective to take it one step at a time. Focus on each step one by one, and even consider a reward after meeting each milestone to keep you motivated. It is a slower but more manageable way to overcome status quo bias.

It’s impossible to know what makes Detroit Lions fans voluntarily spend hundreds of dollars to attend a game. But we can make an educated guess as to why they fork over an additional $40 just for a parking spot. There’s more at work than pitiful fandom. Consider the highest cost for an official Ford Field parking spot is $45. Chances are fans who see this price first are more willing to spend $35-$40 to park in another lot, while there are spots within walking distance for as cheap as $10.

This is because of anchoring bias. Essentially, the first piece of information you see (the anchor) affects your perception of all other information that comes after it. Anchoring bias was first identified in 1974 by Amos Tversky and the aforementioned Kahneman (it is prominently discussed in Kahneman’s bestselling book, Thinking Fast and Slow). Under the spell of anchoring bias, a ridiculous $40 parking space looks like a deal compared to a $45 space.

In addition to spending money, anchoring can play a role in other parts of someone’s financial life, such as salary negotiations. People often make the mistake of undervaluing themselves after being presented with a low first offer.

That’s why it’s important to always do your homework! The only way to find the true value of something is to get as much information as you can. Research prices for the thing you want before you buy. Research the average salary for the job position you want before you apply. Don’t give more money to a football team until it starts winning enough to make it worth your while.

If you’ve ever waited in a long line for no other reason than the fact you’ve already waited for a long time, then you know what it’s like to fall for the sunk-cost fallacy. Whether you invest time or money, it is the refusal to give up because of what you’ve already given, even when it makes a situation worse.

The sunk-cost fallacy can show up in a wide variety of ways. Travel a far distance to a store and you may buy something just to justify the time spent getting there. It’s also why people continue to pump money into a failing business when it would be far less financially painful to cut their losses.

Awareness is perhaps the best medicine. After making every decision, do yourself a favor and ask whether it was worth it and what the costs may be to continue to stick with it.

These cognitive biases – and many others – are and will always be a part of life. At times, they will work against us. But we aren’t totally defenseless. An awareness of these biases is a big first step. Then finding and adopting habits to counteract them can ultimately help vanquish their power and lead to better financial decisions.