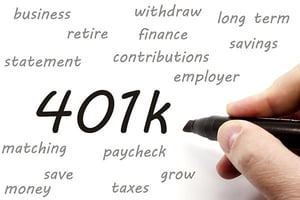 Your 401(k) can be one of your most important financial tools for building wealth, as your money can grow tax free. What you need to do to seize all of the advantages your 401k has to offer depends on your age.

To illustrate, let’s take a look at three members of the hypothetical Smith family. The Smiths live in Normalville, USA, and span three generations: Alfred, the patriarch, is 70 years old; Tom, Alfred’s son, is 50 years old; and Jane, Tom’s daughter, is 23 years old.

You can begin to utilize many of the benefits in a 401(k) early on in your career. But later in life you will have to make some decisions on how best to use your account. Here’s how the Smiths – and you – can get the most of a 401(k):

Jane is fortunate to have landed a job right after graduation. She is also fortunate to work for an employer that provides benefits including a 401(k) plan. Her goal is to save for retirement while preparing for future life events such as getting married, buying a home and having children.

At age 50, Tom is near the peak of his career. Now that his adult children are out of the house, his focus is primarily on retirement. Unlike his daughter Jane, however, he did not start saving for retirement as soon as he entered the work force.

At age 70, Alfred has worked longer than the average worker. The average retirement age among American retirees in a 2014 Gallup poll was 62. Throughout his long career he has worked for the same company. Even though he has left the workforce, he must decide how best to put the 401(k) from his former employer to use.

If you want to learn how to use your 401(k) and other retirement accounts to accomplish your financial goals, start by taking our Dream Questionnaire.