Market Commentary: What Doesn’t Kill Us, Makes Us Stronger 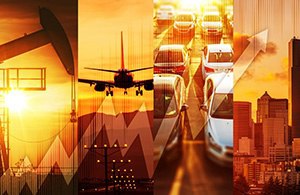 German philosopher Friedrich Nietzsche once said, “That which does not kill us, makes us stronger.” It’s usually the challenging events in life that shape our character and give us perspective and fortitude for the future.

From an investment perspective, the last 10 years have consisted of enough challenges to fill a lifetime. Yet, the economy today is witnessing one of the longest expansions on record and the stock market recently hit an all-time high. Perhaps living through those tough economic and market periods helped strengthen investors’ resolve to persevere and remain confident in our capitalistic system over the long term. This could help explain the remarkable resilience of investors amidst signs of slowing economic growth, weaker-than-normal corporate earnings growth, trade wars and an historic presidential impeachment trial.

In our economy, there are several trends that can be described as both encouraging and a bit concerning, including: record-low unemployment, modest consumer spending, and weaker-than-normal manufacturing and corporate investment. The latest read on the employment picture shows the nation’s unemployment rate at 3.6 percent, which is hovering near the lows last seen in about 1969. The monthly hiring momentum continues to surpass the growth rate of the labor force, which suggests the unemployment rate could fall closer to 3.0 percent by the end of 2020. The gains have been widespread with most business sectors participating in the hiring trends.

Along the way, wages are rising at their fastest pace in almost 10 years. The stellar job market along with rising wages, has consumers feeling a bit more confident and perhaps willing to spend. Although the one-year trend in retail sales is modestly positive, more recent trends are a bit underwhelming with the holiday shopping season projected to be one of the weakest of the past decade.

Meanwhile, global manufacturers are feeling the pinch of ongoing trade wars and softer consumer demand. In the U.S., the latest read on manufacturing activity shows the sector mired in a contraction for the fourth consecutive month. This has occurred despite the end to the General Motors strike, improved durable goods orders and a tentative ceasefire in the U.S.-China trade conflict. In Europe, the picture is a bit worse. The latest release pointed to the tenth straight monthly contraction in factory activity. Although output, new orders and employment continued to shrink, the pace was the slowest in three months. On the brighter side, business confidence was the highest in five months as most European countries believe that a rebound in factory activity will occur over the next year.

All eyes remain on the Fed

In reaction to the slower global growth and ongoing trade tensions, central bankers have flexed their monetary muscles, with more than half of them in an easing mode. During the third and fourth quarters, about 60 percent of central banks cut interest rates, the largest portion since the aftermath of the financial crisis. They are responding to a deepening malaise in global manufacturing, the pressures of the trade wars and concerns of the spillover effects in corporate and consumer spending.

They also won’t hesitate to use “extraordinary” measures to keep the financial system running smoothly and add instant liquidity into capital markets, if necessary. For instance, in September, the short-term lending portion of the U.S. bond market experienced a liquidity gap and the normal mechanisms to correct it weren’t enough. The Federal Reserve stepped in to fund the needed liquidity and continued to lend through year-end. This abnormal intervention by the Federal Reserve left investors a bit uneasy with many unanswered questions. It is apparent, that global central bankers will do whatever it takes to ensure financial stability, regardless of the unintended consequences.

Looking ahead, on one side of the economic ledger there is a stellar job picture, low interest rates and steady growth. On the other side is trade wars, muted corporate earnings and a manufacturing recession. The Federal Reserve remains the wild card in this equation. So far, they appear willing to adjust interest rates as conditions dictate and utilize other liquidity measures should markets stumble. The fortitude of investors to look beyond any immediate economic concerns and expect better outcomes in the future is encouraging and likely a direct result of their past market experiences.

Our outlook: A rockier road, but still room to run

In mid-December, the U.S. and China announced an agreement on the first phase of a trade deal, an outcome that should immediately help the global manufacturing sector. Also, after the recent lull, corporate earnings are expected to accelerate in the first few quarters of 2020.

In this environment, we are somewhat optimistic that the current economic malaise is over and a modest rebound might occur in 2020, further extending the longest economic expansion on record. Along the way, stocks could hold up reasonably well and produce solid results, even though valuations are a bit stretched. Bond returns are more likely to produce more modest returns, due to the historically low level of interest rates. Foreign markets could produce slightly better results, particularly with a resolution to the trade dispute and should better economic growth materialize.

We do anticipate slightly higher volatility in risk assets as these economic scenarios play out. Still, the underlying strength in the economy along with the fortitude of investors may extend the historic bull market further and make it one for the record books.