Should I still invest in bonds? 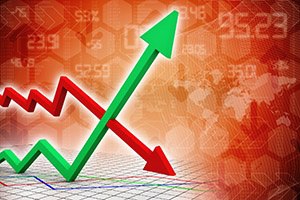 As the U.S. economy has gradually improved, the Federal Reserve (Fed) determined that conditions were suitable to begin raising interest rates from historic lows. On December 16 it increased its short-term interest rate target to 0.25%.

How often and by how much the Fed will continue to raise rates remains unknown.

Over the past several years, there has been much speculation about how markets will react to such an uptick in rates and how it will impact investments, especially bonds. Generally, when rates rise, bond prices fall. This has led some investors to wonder: Should I still invest in bonds?

Many people find the complex structure of bonds confusing, which can create some misconceptions about their purpose in a portfolio. Therefore, let’s clarify how bonds work and explore their benefits to help you determine what to do as rates move higher. No matter how interest rates change, bonds can still be an important asset in most investors’ investment strategies.

The role of bonds in your portfolio

There can be several reasons for owning bonds in your portfolio. But, the average investor likely holds bonds for one or both of these two primary benefits:

Bonds regularly pay you income in the form of interest. When you invest in a bond fund, interest is paid monthly. While this interest is not guaranteed like income from a certificate of deposit (CD), bond funds generally pay a reliable amount. This is because the individual bonds inside a fund each pay a fixed amount of interest based on the obligation of that particular bond. While the value of the bond fund may fluctuate and even decrease, interest is always positive – it’s never lost or taken away from you. Historically, bonds as an asset class have outperformed cash and CDs, albeit with a little higher risk.

This character of bonds is very important to investors who rely on their portfolios for income, mainly retirees. Whether you take regular withdrawal amounts or withdraw only direct payments from the interest, bond funds can help turn your portfolio into a source of income. While the values of stocks and bonds fluctuate, an income-oriented portfolio with a reasonable withdrawal rate can ride out the ups and downs because of consistent interest provided by bond funds.

The other reason many investors hold bonds is for portfolio diversification. Bonds are more conservative and often behave independently from stocks. They typically counter the greater volatility of the stock market. During times of stock market turbulence, it’s common for bonds to increase in value, which helps to even out the bumps as you work toward your financial goals. Think of your portfolio as a ship with bonds as the ballast.

How the Federal Reserve affects bonds

If you own a bond, you’re a lender. You’ve essentially lent money to a borrower – typically, a company, institution or government. In return, the borrower pays you interest and ultimately pays back your principal after a certain amount of time (the maturity date).

The interest you earn from a bond and in your checking and savings accounts as well as what you get for a CD and what you pay for most loans, such as a mortgage, all feed off of the federal funds rate. The federal funds rate is the interest that banks pay each other, generally, for overnight loans. Since those balances are held with the Federal Reserve, it sets the rate.

Since late 2008, the Fed has kept the federal funds rate near zero in an effort to stimulate the economic recovery. Because this rate has been low, so have all other interest rates. This has not always been the case. Back in the late 1970s and early 1980s, for instance, the rate was near 20%. Thus, all other interest rates were high, too.

What happens when interest rates move?

A change in interest rates doesn’t affect individual bonds held to maturity because you get back the full price you paid for it. Most individual investors, however, invest in bond funds. These funds can hold dozens, hundreds or even thousands of individual bonds. The fund managers regularly add (buy) and remove (sell) individual bonds from the fund. So every day, the value of the bond fund can fluctuate, and most of that is driven by the movement of interest rates.

Generally, bond values and rates are inversely related. When interest rates fall, bond values increase, and vice versa. For example, if you own a bond that pays 5% interest per year and rates fall to 4%, your bond is more valuable and easier to sell in the market as it has a higher payout. Conversely, if you have that same 5% bond and other bonds now pay 6%, you’ll have a more difficult time selling it and will have to sell at a discount to do so. This is why investors worry over the ramifications of the Fed increasing rates.

Should you now avoid bonds?

The question you should really ask is: Why do I hold bonds in the first place? If you need income, you probably still need bonds. And, if you want a broadly diversified portfolio, you’ll need bonds.

When it comes to the value of bonds, it’s important to focus on the total return, a combination of the increase or decrease in value plus the interest paid. Consider that in the last several decades, the interest paid by bond funds has generally declined because of falling rates. Yet, investors were okay because the value of their funds increased. In other words, their total return was still positive.

If interest rates gradually increase in the next decade or longer, the value of your funds may fluctuate and even decrease. The drop in value of your bonds could be greater than the interest you’re paid, meaning your total return could be negative. In the past, bonds have provided a negative total return about once every five years on average, so it is not uncommon. But eventually, fund managers will replace bonds with newer, higher yielding bonds, and the interest that you’re paid as well as your total return will grow.

Additionally, just because interest rates rise it isn’t a given that bond values will drop. In the past 60 years, there have been numerous time periods where interest rates increased but bonds still had a positive return. The chart below shows that over two-year periods since 1978, bond returns were largely positive, even during Fed tightening cycles.

You also cannot forget about the stocks in your portfolio. During this same time period, stocks almost always saw double-digit returns as interest rates increased. Some of that is likely attributed to the fact interest rates were rising because the U.S. economy was improving.

Ultimately, there is not an absolute consensus as to how markets and investments will react to interest rate changes. Therefore, it’s more important to focus on how you will react.

What you can do

If you hold bond funds in your portfolio, chances are the fund managers or your financial adviser has already made adjustments in regards to Fed policy changes. (After all, these interest rate movements have been anticipated for some time.) For example, they may have moved to bonds with shorter maturities, which tend to be less sensitive to interest rate changes and fluctuate less than long-term bonds.

Still, it’s always smart to periodically review your overall asset allocation – how much you have in cash, bonds, stocks and other investments. Make adjustments, if needed, to align it with your investment objectives, time horizon and attitudes toward risk.

Finally, the most important thing you can do is remember the purpose of bonds in your portfolio. If they still fit your investment strategy, then there is no need to avoid them, no matter what the Fed does.