How Big of a Threat Is Inflation Now? 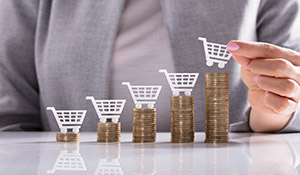 “Inflation is caused by too much money chasing too few goods.” -Milton Friedman

Inflation is likely a foreign concept to many people, unless they are old enough to recall the high inflation of the late 1970’s and early 1980’s. Back then, a toxic combination of easy money policies by the Federal Reserve, along with massive deficit spending and large social programs, started the inflation bug. Then our country experienced an oil embargo, price and wage controls, and the elimination of the gold window. The result was one of the worst bouts of inflation our country has ever experienced.

Today, with inflation spiking in the aftermath of the pandemic, it is natural to wonder whether we are headed for a 1970’s style inflation redux, particularly since several of the economic characteristics appear eerily similar. The Federal Reserve and the federal government have unleashed unprecedented liquidity, inflating the nation’s budget deficit. Oil prices have shot up 70 percent this year. Food prices are up more than 10 percent, and the prices for many everyday purchases are noticeably higher.

Further complicating the equation is massive global supply bottlenecks, a lack of qualified workers, and higher consumer demand for products and services. It appears this is a classic supply and demand mismatch that has resulted in higher inflation.

The biggest questions for investors are: How high might inflation go and how long will it last? Is it transitory or the new normal?

Let’s try to put it into some historical perspective and attempt to predict where inflation might be headed in the future.

Today’s inflation gauge, as measured by the Consumer Price Index (CPI), hit 5.4 percent over the past 12 months through September. The last time it hit this level was June 1990. Relative to a staggering 15 percent in 1980, the current growth in CPI is not too problematic at this point.

On the other hand, the Producer Price Index (PPI) just topped its highest yearly increase since 1980. This index measures the price increases received by those companies that produce goods and services. In short, demand has increased in the wake of the pandemic lockdowns and consumers are flush with cash from all the government assistance.

At the same time, availability of products across many sectors of the economy are severely constrained from a combination of a labor shortage, Covid restrictions and supply-chain issues. Demand is high, supply is low. Hence, higher inflation.

The short answer is some of it probably will. The supply and demand imbalance throughout the economy will take time to “normalize.” West Coast ports are jammed with products waiting to be unloaded, transportation companies are struggling to find workers and wages are rising.

Yet, many of the more sensitive categories like food, energy and car prices, which have spiked higher in price recently, can also move lower over time. Consequently, many economists estimate inflation will remain above its long-term average of 3 percent for at least another year or two. However, the red-hot level of inflation we are currently experiencing should cool a bit in the coming quarters.

From an investment perspective, inflation can severely hinder returns in bonds, while certain sectors of the stock market should hold up reasonably well. For instance, the 10-year U.S. Treasury bond is currently yielding about 1.6 percent, while inflation is 5.4 percent. In essence, investing in Treasury bonds is a losing proposition relative to inflation. However, holding some Treasury Inflation Protected Securities (TIPS) will help buffer some of the inflationary pressures in bonds.

Conversely, many economic sensitive sectors of the stock market benefit from higher inflation, such as commodities, banks, industrial and consumer staples. Referred to as “value” stocks, these companies have more flexibility and pricing power in an inflationary environment. But, before making wholesale changes to your portfolio, remember that sustained periods of elevated inflation are rare in U.S. history.

Over the past 100 years, inflation has stayed below 5 percent most of the time. In the aftermath of the 2007-2009 global financial crisis, inflation struggled to hit 2 percent on a sustained basis, despite unprecedented government stimulus. Some inflation can be a good thing for both the economy and the financial markets. Even during times of higher inflation, stocks and bonds have generally provided reasonable returns.

In short, while the current inflationary environment is unnerving, it is not that abnormal given the unprecedented demand and monetary stimulus in the wake of the pandemic crisis, which was mostly self-induced. Still, the lingering effects of inflation are likely to continue for at least the next year before subsiding once the monetary stimulus is removed, supply-chain disruptions are resolved, and demand declines.

While some inflation is healthy, too much can wreak havoc on the economy and financial assets. For now, it appears like a mismatch in supply and demand, and only time will tell how much of it is temporary or permanent.

Christopher Kostiz is President and Chief Investment Officer of Advance Capital Management. As CIO, he directs the strategy and structure of the discretionary model portfolios and leads the investment committee.

Information presented is for educational purposes only and does not intend to make an offer or solicitation for the sale or purchase of any specific securities, investments, or investment strategies. Investments involve risk and unless otherwise stated, are not guaranteed. Be sure to first consult with a qualified financial adviser and/or tax professional before implementing any strategy discussed herein. Past performance is not indicative of future performance.