The 9 Types of People You'll Meet in Retirement 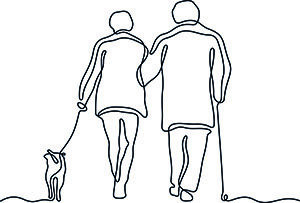 Everyone’s experience in retirement is unique. But there are some characterizations we can draw from data collected in various surveys and studies of retirees. Put together they form the nine types of people you’ll encounter throughout your later years. Some offer attributes you may want to adopt and others those you are best to avoid. They all, however, can provide lessons on how to live a fulfilling retirement.

This person is always on the go, with a bucket list that is seemingly as long as a CVS receipt. You can catch up with this person in between a bikram yoga class and a 20-mile bike ride. Every day is filled with classes or appointments or friendly meetups. On the weekends, this person is trying to sky dive for the first time or seeing the Rolling Stones for the 100th time. 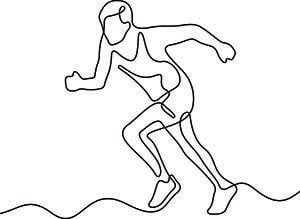 To remain active in old age, you need to live a healthy lifestyle. Studies have proven that exercise and a healthy diet increase energy levels and boost your immune system. The Centers for Disease Control and Prevention recommends about 150 to 300 minutes of moderate-intensity physical activity a week. Older adults who regularly exercise have greater stamina and mobility than the general aging population. Not to be overlooked is the fact that a healthy lifestyle will result in lower medical costs.

Not everyone has a smooth transition into retirement. As noted in a 2014 article published by the American Psychological Association, research has found some people experience “anxiety, depression and debilitating feelings of loss” after retiring. 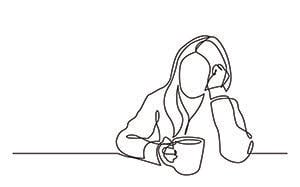 Too often people can put too much focus on money when planning for retirement. It’s important to also plan for the social and psychological shifts, such as coping with the loss of your career identity, forming new relationships and finding things to do to pass the time.

This is why we recommend that people build a financial plan around their goals and what makes them truly happy in life.

However, you won’t know exactly how this new life stage feels until you get there. One way to avoid any emotional surprises is to give retirement a test drive by gradually reducing your work hours, if possible, as you near your retirement date.

A working retirement? Isn’t that an oxymoron? For many retirees, it’s not. And, they’re not working just for financial reasons.

A FlexJobs' survey of over 2,000 professionals at or near retirement found that 70% need to work to pay for basic necessities, but almost 60% said they work because they enjoy it. 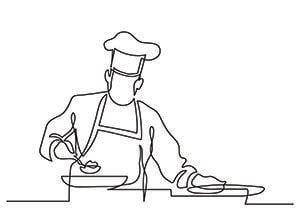 In fact, many people see retirement not as a time to rest and relax but to realize their dreams of becoming an entrepreneur. Older Americans are starting more businesses than ever before. People age 55 to 64 years old made up 26% of new entrepreneurs in 2017, according to the Ewing Marion Kauffman Foundation.

Though certainly not for everyone, work can provide meaning and a sense of purpose in retirement. In addition to the financial advantages, it may also offer physical and mental health benefits. A 2009 study published in the Journal of Occupational Health Psychology found people who retired with bridge jobs in their previous fields reported better physical and mental health than those who fully retired.

If you choose to work in retirement, just keep in mind the financial implications. Your earnings can impact things like your Social Security benefit and income tax rate.

Retirement can be a period of serenity and fulfillment, but for some it can be quite lonely. According to the National Poll on Healthy Aging, researchers at the University of Michigan found that one in three seniors are lonely. Studies indicate that loneliness can harmfully impact older adults’ physical and mental health and shorten life expectancy. 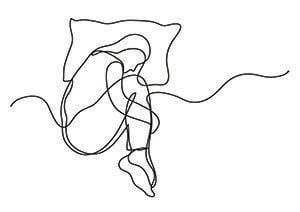 Fortunately, loneliness can be prevented and reversed. The solution depends on the root cause of a person’s loneliness, which can range from the death of a spouse to health issues that make it hard to socialize. Most people though will benefit from any kind of meaningful social contact, such as volunteering (see below) or regularly meeting with an old friend.

Your interactions with this person may be primarily in the form of either postcards sent from abroad or envious selfies in front of famous landmarks. Or, there is a good chance this person will be you. 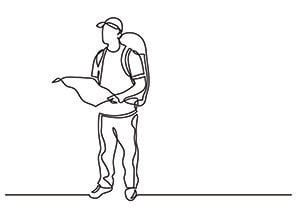 Survey after survey ranks travel as one of the top retirement activities. In a survey of retirees by the Transamerica Center for Retirement Studies, 39% said they spend their time traveling, the third most cited activity.

If you want to spend most of your retirement on the road, plan ahead for the special challenges that come along the way, especially when traveling overseas. For example, you don’t want to rack up a bunch of charges just to access your money, so consider acquiring a credit card that doesn’t charge foreign transaction fees. Most importantly, make sure you’re covered, as U.S.-based health insurance coverage, including Medicare, typically doesn’t extend across borders.

Although retirement is often portrayed as the time to live life to the fullest, the attitude of many retirees is quite different. After saving all their lives, they are reluctant to spend money, even on their retirement goals.

In a 2018 study published in the Journal of Personal Finance, half of retired survey respondents said they were afraid to use their savings. The reasons given for being fearful are likely pretty common. A big unknown among older adults is the need for medical care, coupled with rising health care costs. Then there are concerns over the inevitable rise and fall of the stock market.

This highlights the importance of having a retirement plan you are confident in. That way, you’ll know what reasonable amount you can spend to live a comfortable retirement – guilt free.  It’s perfectly okay to have concerns about spending, but it should not inhibit your ability to enjoy everything you’ve worked so hard to achieve.

Not all superheroes wear capes. In fact, most wear T-shirts emblazoned with the word “volunteer.” And, many of those real-world superheroes are retirees. 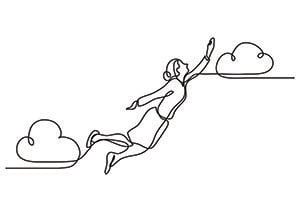 Two-thirds of retirees say they’ve found retirement to be the best time in life to give back, according to an Age Wave/Merrill Lynch study. The study strongly shows volunteering can positively impact a retiree’s well-being.

Retirees were three times more likely to say “helping people in need” brings them happiness in retirement than “spending money on themselves.” Further, those who donate money or volunteer feel a stronger sense of purpose and self-esteem and are happier and healthier.

The moral of the story is that everyone should consider volunteering as a top retirement goal.

Some parents and grandparents can’t help themselves. They’ll generously help a child or grandchild, even under the constraints of a limited income in retirement. Now, there’s nothing inherently wrong with helping a child. It becomes a problem though when children start to become a financial burden on their retirement goals, which is increasingly common. 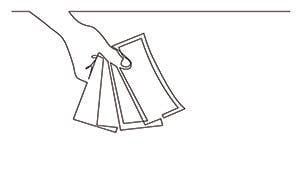 Nearly 40% of empty nesters are still supporting their adult children financially in some way, according to a report by 55places. The average monthly amount these parents spend on each child is $254.

Remember, your savings are earmarked for a specific purpose: to help support yourself for 20 to 30 years in retirement. It’s true adult children today face a bevy of financial challenges that previous generations didn’t (namely, student loan debt), but they still have the luxury of time and ability to work. You don’t have to completely financially cut off your offspring, but you should set some limits.

We talked about those who work in retirement because they want to. Now, we must mention those who need to work for financial reasons.

With only 16% of Americans having saved $200,000 for retirement, according to a 2019 Northwestern Mutual study, it’s a good bet you’ll meet people the same age as you who may never retire.

This helps explain why a growing number of Americans expect to work longer. AARP’s Life Reimagined survey found more than half of respondents plan to work past the traditional retirement age of 65. Eleven percent say they expect to keep working into their 80s or beyond.

However, to never stop working isn’t much of a retirement strategy as health problems and limited job opportunities keep older adults out of the workforce. Ultimately, there is no easy solution other to start saving as much as you can, as early as you can.

You may find a little of yourself in all these characterizations. After all, you are human. But what you should take away from this list isn’t a sense of empathy. Instead, it should be the lesson that to have the best and avoid the worst parts of each one takes careful planning.