What Is the Retirement Age for Federal Employees? 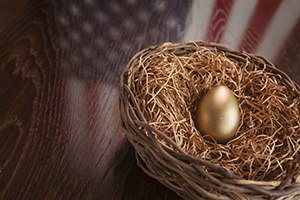 From postal workers to VA doctors, we’ve had the pleasure of helping many federal government employees reach retirement. So, what is retirement age for government workers? Is it the conventional age of 65?

Otto von Bismarck, the 19th century German chancellor, is often mistakenly credited with having invented the retirement age of 65. Legend has it Bismarck astutely observed that his political rivals were all federally employed and over 65 years old. He then supposedly used this observation to achieve his grand political aspirations. In 1870, he cunningly spearheaded legislation that would require public servants who reached age 65 to retire, effectively clearing his path to power.

It’s true Bismarck did introduce a pension system in Germany, but it was in 1889 when he was near the end of his career. Furthermore, the determined age of retirement was 70 and public servants were exempt from the law. It wasn’t until 1916, nearly 20 years after Bismarck’s death, when Germany reduced the retirement age to 65.

Yet, the idea of 65 as the standard age to retire has persisted. Using Germany’s pension system as a model, for example, Social Security’s initial full retirement age was set at age 65.

The Federal Employees Retirement System (“FERS”) has established a minimum retirement age that is actually lower than age 65. In fact, the average age federal employees voluntarily retire is 63.

The FERS minimum retirement age (“MRA”) is age 55-57, depending upon your birth year. Federal employees born before 1948 have the lowest MRA of age 55 while those born in 1970 or later have the highest MRA of age 57.

To receive your full FERS benefits, however, you must meet one of three criteria that takes into consideration both your age and years of service.

Federal employees can be eligible for early retirement if they have reached their MRA and have 10 years of service. But, early retirement has a significant drawback. Those that elect early retirement will have their basic benefit permanently reduced by 5% for each year they retire before age 62.

Your MRA isn’t the only important retirement milestone you should know. At certain ages, you gain more flexibility – and responsibility – with your retirement savings and benefits. A financial plan will show you the appropriate steps to take as you hit each one.

62: Earliest age at which you can claim Social Security benefits.

65: Enroll in Medicare Part A and Part B.

66, 67: Full retirement age for Social Security, depending on the year you were born.

Learn more about government retirement benefits, including the FERS basic benefit, the Thrift Savings Plan and other retirement planning steps, by downloading our free, easy-to-understand guidebook, FERS Made Simple: Understanding and Maximizing Your Benefit. (click the button below)