Paying Off Debt Starts with Knowing Why 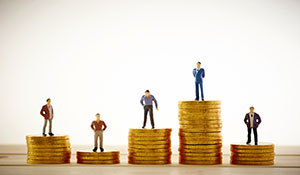 Debt is as American as apple pie, found in households of all shapes, sizes and incomes. It is a part the financial lives of both the rich and poor as well as the working and retired. Given debt’s many harmful effects, what can you do to best manage it? The answer may lie in understanding what propels you to borrow in the first place.

The Pew Charitable Trust found that 80% of Americans have debt. In 2019, total U.S. household debt approached $14 trillion, according to the Federal Reserve Bank of New York.

Even with a healthy balance sheet, you likely have some kind of debt, be it a mortgage, auto loan or credit cards.

There is “good” debt (generally low-interest loans like your mortgage) and “bad” debt (debts charging high interest like credit cards). So, it’s true not all debt is bad. But the ideal situation is none at all. Unless a debt significantly boosts your income, such as a loan for your business, it consumes funds that could otherwise go toward more important needs.

And, it can potentially leave you vulnerable to emergencies, which can then push you further into debt. A Bankrate survey found only 40% Americans could afford to cover a $1,000 emergency with cash savings.

There are a variety of reasons why people carry debt throughout lives. Let’s take a look a few of the major ones. Awareness of these reasons can help you keep debt from ever becoming a self-induced roadblock to your financial goals.

For many people, debt is part and parcel with lifestyle creep. When people begin to earn more money, they tend to spend more rather than save more.

With a raise or new higher-paying job comes greater access to a higher standard of living – a bigger home, a fancier car, newer appliances, etc. None of which are inherently unreasonable desires, but they may not be sustainable over the long term. What we thought would make us happy eventually becomes boring all over again.

A recent Morningstar report shows that people generally keep their savings rates the same after receiving a raise although their retirement needs increase on account of lifestyle changes.

It says: “People who maintain a constant savings rate when they receive a raise will end up saving more money in absolute terms—saving 10% of $100,000 amounts to more than saving 10% of $80,000. Savings rates, however, generally need to increase in both relative and absolute terms to account for new retirement needs once a person’s lifestyle adjusts to the additional income, but many people don’t do that.”

People will often turn to debt to keep it going or reach for even higher aspirations. Turns out, keeping up with Joneses keeps on getting more expensive.

One key indicator is in housing. Since the 1970s, new single-family homes in the U.S. are 1,000 square feet larger and the average living space per person has nearly doubled, according to analysis from the American Enterprise Institute. 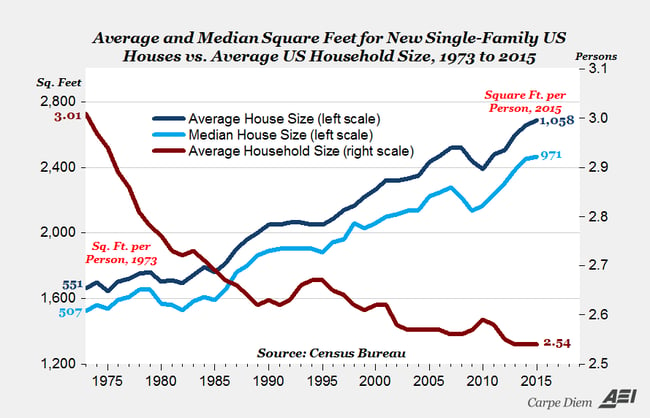 At the same time, household debt has followed a similar upward trajectory dating back to World War II, based on data from the New York Federal Reserve. 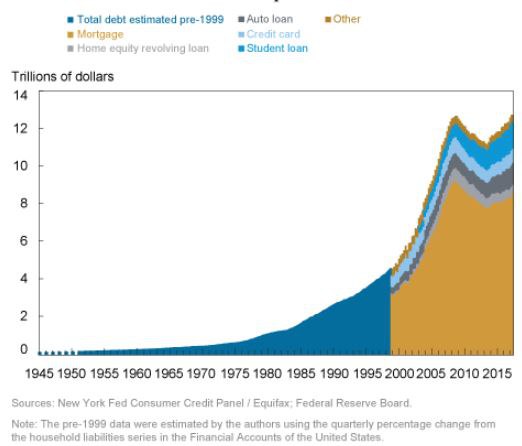 Of course, lifestyle creep doesn’t tell the whole story. Cost increases for necessities such as child care, education and housing have made it much harder for many Americans to keep up. Compounding the problem is the fact a paycheck today has about the same purchasing power as it did 40 years ago, according to the Pew Research Center. 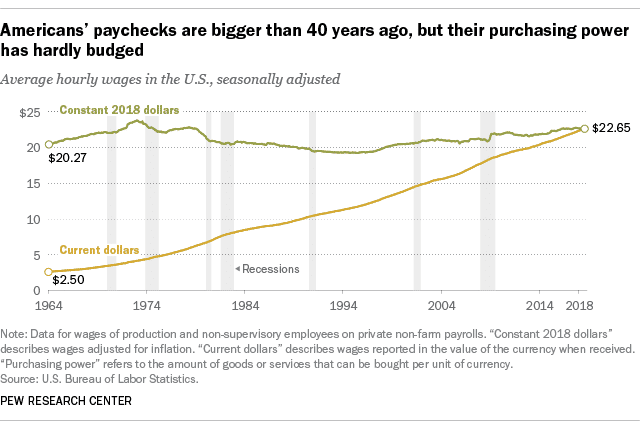 The average young adult today graduates from college with more than $30,000 in student loans and is then expected to live a comfortable lifestyle, often in a high-priced metropolitan area.

It is easy to fall under the belief that you will always earn more or will eventually hit a spending plateau. But the gratification you once received from your current lifestyle fades and is replaced by even higher expectations.

To keep lifestyle creep from creeping up on you, you should regularly review your overall financial health. A fancier car or a remodel of your kitchen may not seem extravagant in themselves. But collectively they add up. Make sure your debt-to-income ratio is under control. The sweet spot is typically less than 15%. Further, make sure your savings rate reflects your new normal.

It may also help to reevaluate your perception of debt.

Perceiving debt as your own money

People are told to think of debt as taking from your future self. This is meant to be a mental trick to discourage you from misusing debt. But it could be the wrong approach, as it may actually cause people use debt even more.

A 2019 paper from Stanford University suggests that a person’s willingness to incur debt can be predicted by their perception of borrowed money. The researchers found that people who view debt as their own money were much more likely to use it freely. Whereas, those who viewed debt as belonging to someone else, namely a bank, were much more hesitant to spend it.

It’s hard to alter one’s perceptions or beliefs. But if your debt level is higher than you would like it to be, any shift in your mindset can help. As the Stanford paper suggests, it is more effective to take a more literal view of debt. You are using someone else’s money; money that you have to pay back. Even though the wallet that credit card is in is yours. The money it gives you access to isn’t.

Not choosing an effective way to manage debt

The million-dollar-plus-interest question everyone wants to know: what is the best way to pay off debt?

Another reason people may find debt a persistent feature in their financial lives is because of not choosing an effective way to get rid of it.

In a 2016 Scientific American article, behavioral researchers Emory Nelms and Dan Ariely make the case that the more effective way to pay off debt over time is to tackle your highest interest rate debt first, then make your way down. This is known as the debt avalanche method.

In their experiments, however, they found people tend to do the opposite. They concentrate on eliminating their smallest debt first. Nelms and Ariely suggest this is indicative of debt account aversion, meaning “consumers with multiple debts are motivated to reduce the total number of debts rather than reducing the total of their associated costs.”

Other researchers suggest that is a good thing. Although the math says concentrating on high interest rates first leads to a quicker and cheaper payoff, it may ignore the human element. Research from Boston University indicates people are much more motivated to eliminate debt when starting with their smallest balance – a method known as the debt snowball – rather than using other repayment strategies.

In the end, what works best is the one you can stick with over the long term.

Ultimately, no debt strategy will work unless you address the underlying reasons for going into debt in the first place. When a team of researchers conducted a series of experiments with indebted entrepreneurs in India and the Philippines, they found that “having their short-term loans paid off took the participants out of debt only temporarily.” The entrepreneurs resorted to taking out new crippling loans.

That may mean facing your own mortality, as you cannot simply plan on earning more for the rest of your life. There’s not enough time. And, there is no magic bullet. You have to make sacrifices and adjust your lifestyle and behavior, as needed.

To some, this may sound dispiriting. But knowing your limitations and what illusions can trip you up is actually an empowering gift. It gives you the ability to find happiness in what you’ve already accomplished.