The Blueprint for Becoming an AT&T 401(k) Millionaire 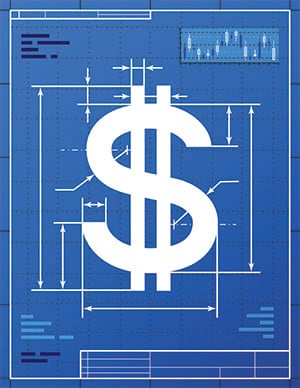 How would you like to become an AT&T 401(k) millionaire? The steps to achieving millionaire status are simple; the hard part is exercising the discipline to build a plan and stick with it. Certainly, it’s easier said than done, but the rules make it a very attainable goal.

In fact, the number of Americans who have saved $1 million or more in their 401(k)s is apparently on the rise. Fidelity Investments reported that the number of its 401(k) account holders with balances greater than $1 million reached a record 187,400 at the end of 2018’s third quarter. Compare that to 10 years ago during the 2008 financial crisis when only 19,300 401(k) accounts at Fidelity topped $1 million.

You may not even need $1 million at all to retire comfortably. How much YOU need to save for retirement depends on personal factors, such as your expenses, where you live, what you plan to do, etc. That’s why one of the most important steps is to get a financial plan.

But, as life expectancies rise, saving $1 million may not be such a bad idea with retirement potentially lasting 30 years or more.

Unfortunately, the average saver is far off the mark. More than half of Americans (57%) have less than $1,000 in their savings accounts, according to a GOBankingRates survey. Further, a report by the Stanford Center on Longevity found that nearly one-third of baby boomers had no money saved in retirement plans in 2014, when they were on average 58 years old.

Arguably, the AT&T pension plan is your most precious retirement benefit. Your 401(k) though can be a deciding factor in when you can retire and how well you live in retirement. Here’s what it takes to become an AT&T 401(k) millionaire.

Save and save and then save some more

There’s no way around it: The surest way to build wealth is by saving as much as you can. With its generous tax breaks, your AT&T 401(k) is a great tool for doing that.

Keep in mind, most non-management AT&T employees are limited to a total contribution of no more than 30% of pay.

Of course, saving around $20,000 or more a year isn’t easy or always practical. A common rule of thumb is to save about 10-15% of your salary, which will allow you to replace the conventional 70-80% of your preretirement income. We, however, think it’s a good idea to save enough to replace 100% of your paycheck.

Increasing your savings amount even a little each year makes a major difference over time. Consider how much of a difference just a 5% savings increase can have. Below are the ending balances from various savings rates on a $55,000 salary over 35 years, assuming a 6.5% annual return.

For managers, your Basic contribution is the first 6% of your salary. For most non-managers, it’s a dollar amount based on your banded pay.

Start as soon as you can

When you start saving is just as important in determining how much wealth you’ll have by the time you retire. Let’s put it this way: the sooner you start saving, the better your chances at becoming a millionaire. That’s because you get more time to take advantage of compounding, the earnings earned on your earnings. 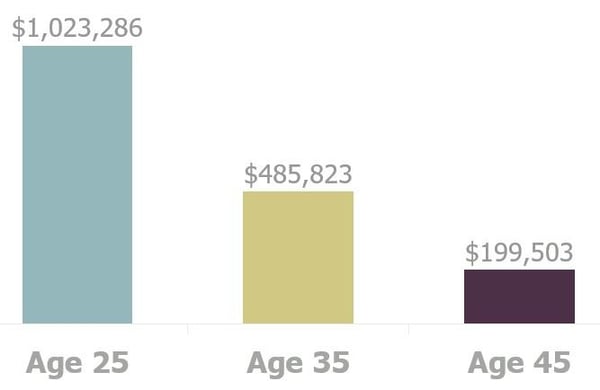 Dig a little deeper and you can see how powerful compounding is when saving and investing over the long term. Here is the total savings of $1,023,286 taken from the example above split between compounding and contributions.

The power of compounding: saving 15% of a $55,000 salary over 35 years split between earnings and contributions 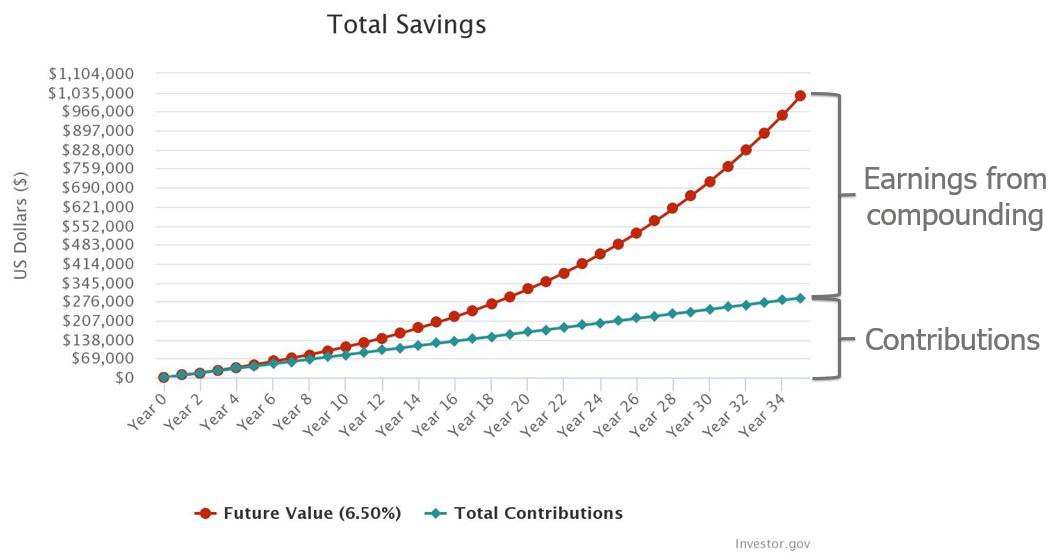 If you start saving for retirement late, it’s still possible to end up with a sizeable nest egg. Consider someone who starts saving at age 50 by maximizing their 401(k) with catch-up contributions can amass over $1.3 million by age 70 (assuming an 8% annual return), according to a study by the American Association of Individual Investors.

The whole point of saving in your AT&T 401(k) is to grow your money, and to do that you need stocks. Stocks have historically outpaced inflation and posted larger returns than more conservative investments like bonds.

A good rate of return is another key factor in growing a million-dollar 401(k). Using our previous example, look at the difference in ending balances if we were to assume a rate of return of only 3% compared to 6.5%. It’s reduced by more than half.

Investing appropriately: difference in ending balances when earing 3% vs. 6.5% annual returns after saving 15% of $55,000 over 35 years 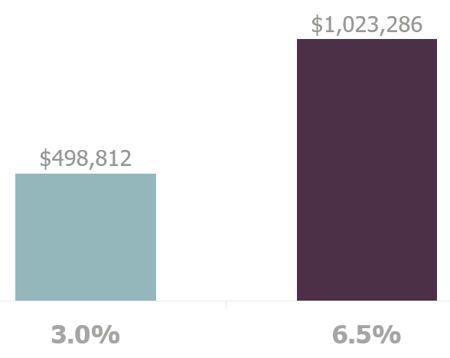 Of course, that doesn’t mean everyone should just load up on stocks. Though stocks tend to produce higher returns, they also tend to take deeper dives. Generally, you should invest aggressively early in your career and then gradually reduce your stock allocation as you near retirement.

The AT&T 401(k) plan offers a variety of investment fund options. What mix is right for you depends on personal factors, such as your retirement date, income and goals.

Because there is no cookie-cutter answer, most people find choosing investments a challenge. Instead of making important investment decisions on your own, consider working with a financial adviser. An adviser can review your 401(k) and help implement an investment strategy that is appropriate for your financial goals.

Prolonged market upswings can make your account more stock-heavy, increasing the risk of a big hit to your balance during a market downturn.

Rebalancing – generally, selling what’s up to buy what’s down – helps you do two things. One, it allows you to reap your earnings. Two, and most importantly, it helps reduce risk and return your portfolio back to your desired asset allocation.

Put it all in a financial plan

A financial plan is proven to help people save more for retirement. An HSBC study found that people with financial plans amassed nearly 2.5 times more retirement savings than those without a plan.

Further, a plan will help you make important retirement planning decisions. For example, what should you do with your 401(k) once you retire or change jobs? Should you keep it or roll it over into an IRA? If you retire, how should you use those funds along with other income sources to meet your financial needs?

As we discussed, wealth takes time. You won’t become a 401(k) millionaire overnight. That’s why it’s important to focus on the long term and avoid reacting to short-term market events.

That’s why investors are better off being patient and sticking with their plan as the market works itself out. You don’t want to make unnecessary changes to your account that result in missing out on market gains.

Early withdrawals and loans from your AT&T 401(k) account are the equivalent of taking two steps backward. Any time you take money from your retirement savings to pay for current expenses, you guarantee having less money in retirement.

Not only does it reduce your balance, but you also miss out on all those potential earnings from compounding. Additionally, there are potential tax consequences. Withdrawals are taxed at your ordinary income tax rate. And, if you are under the age of 59 ½, you may also be subject to a 10% early withdrawal penalty.

Instead of using your 401(k) as a savings account, build a separate emergency fund that you can access at any time without penalties or fees. You’ll be better equipped to handle any unexpected expenses while staying on track toward retirement.